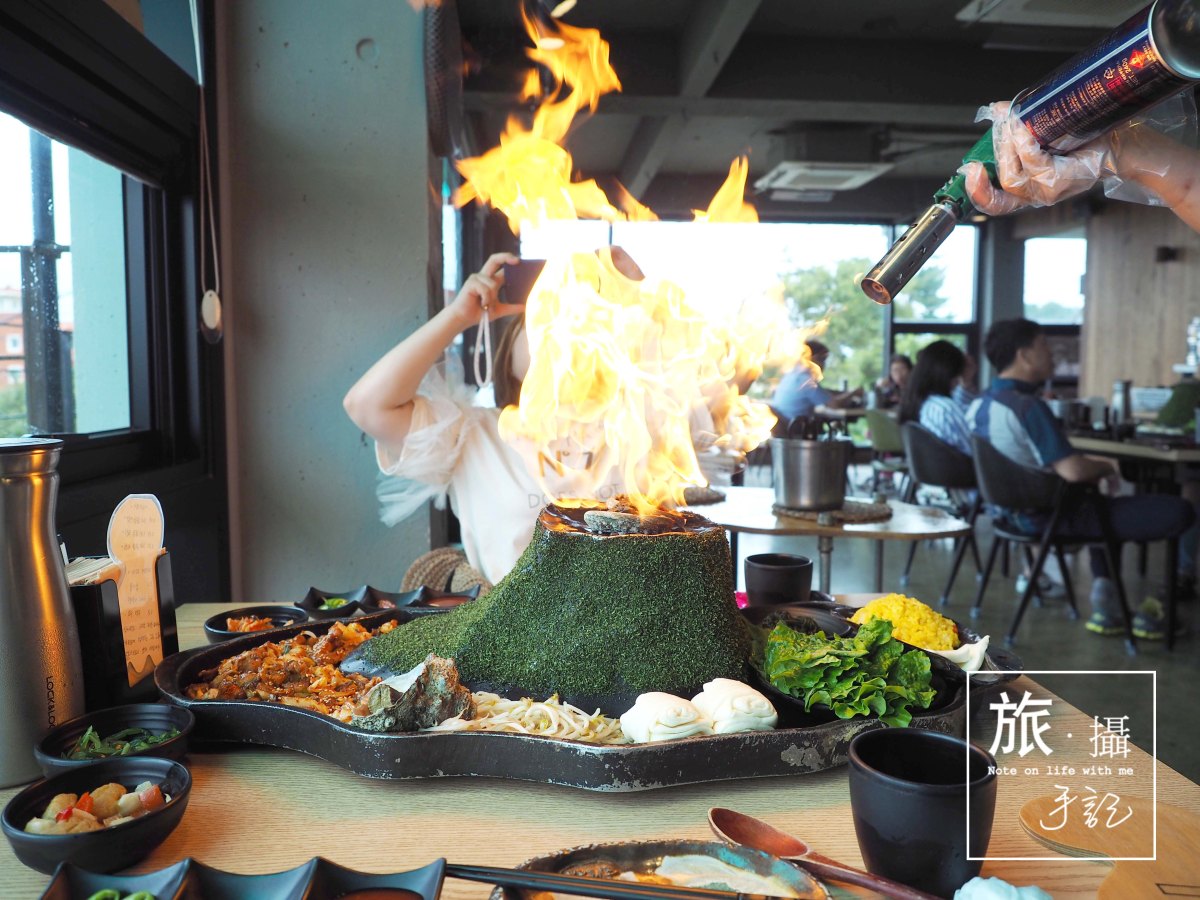 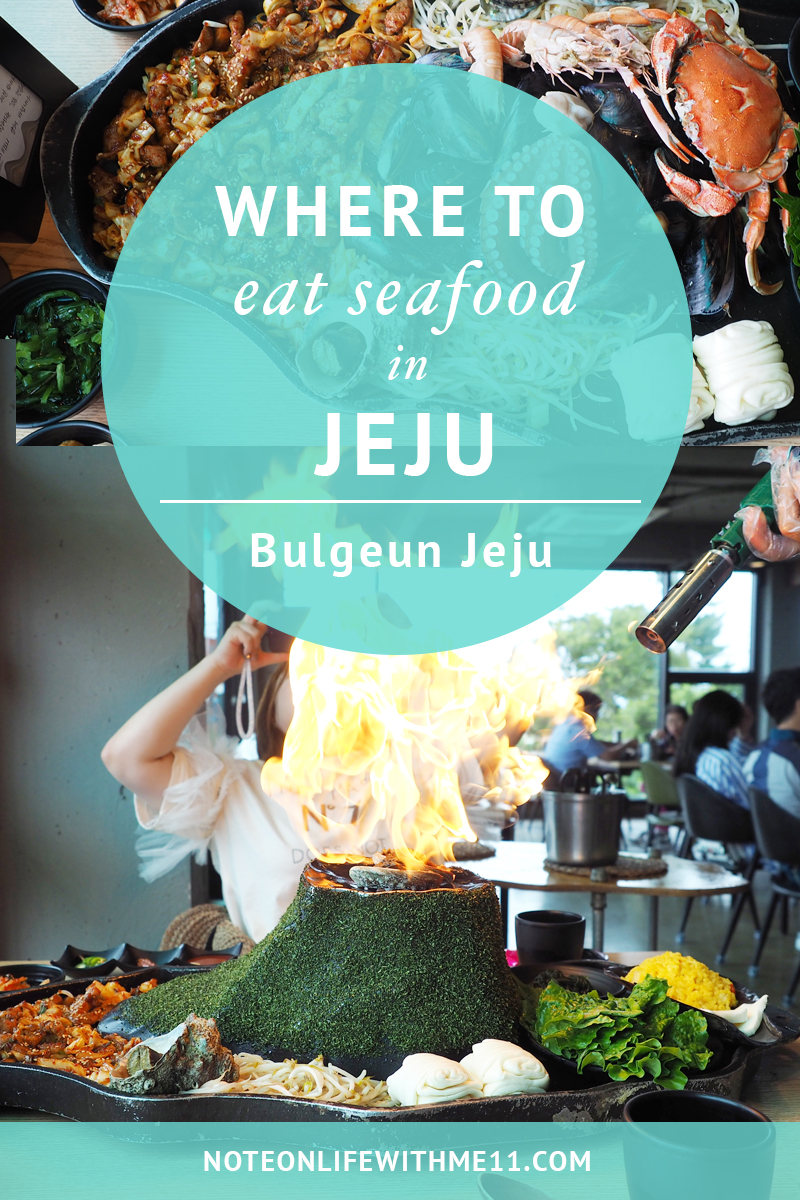 Hiya! It’s Friday today! so I decided to post my second passage of where to eat in  Jeju Island! There’re lots of cafe and amazing food so the first food tour passage would be where to eat seafood in Jeju Island.

It was my first time visited this lovely island and I’m definitely in love with it. Recently Jeju Island was getting much popular than previous years as there is affordable ticket and direct flight from HK EXPRESS (budget airline)! which took me only around $800 HKD round trip! I’m always excited to explore different cities and of course to share my amazing experience to all of  you! 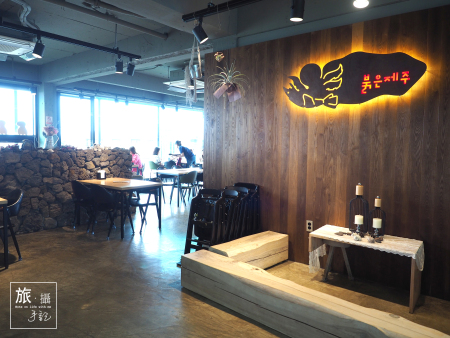 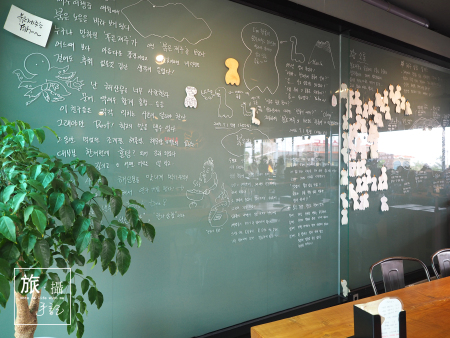 We decided to go on our first day upon arrival as it is the direction to our hotel. We were lucky enough to have a seat as most of the time, it is fully booked! So it’s highly recommend you to make a booking in advance. We have been waiting for approximately 20 mins before we can get in, lucky enough Our seat was next to the window which was great to have some sunshine! 🙂 Literally they don’t have choice in the menu but only one – Hallasan assorted seafood platter with different portions for participants! 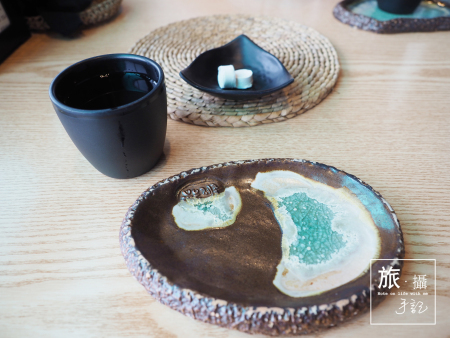 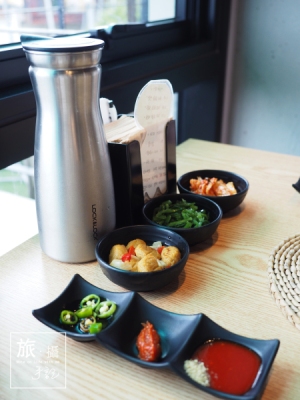 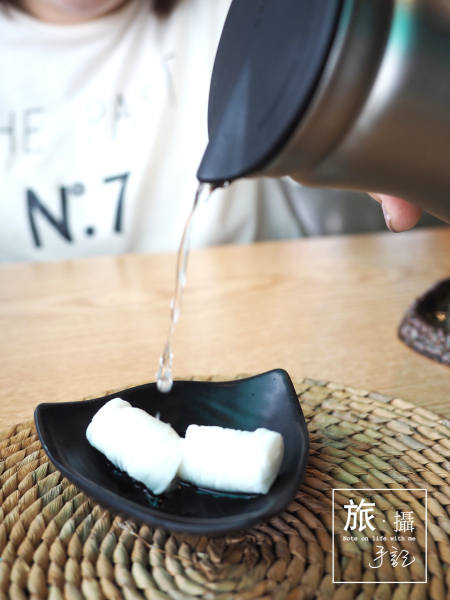 There were a few choices of veggies dishes served for free like normal Korean restaurant and there’s a few scroll of white on a dish. Originally we have no idea what it was but then we found out  it looks like wet tissue but it was compressed. So we tried to need add a bit of water on the dish then we can clean our hands before the show! haha how clever we were!! 🙂  We also enjoyed those little veggie dishes for a while till the show begins!! Why I said that’s a show ? You can tell from the below photos. It’s amazing!! 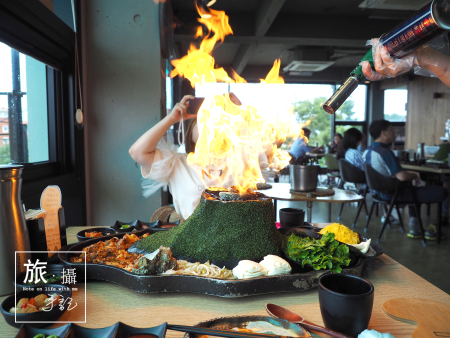 So when they put the Hallasan mountain out, I was like WOW!!! that’s a hidden layer of seafood underneath!!!  The lady then took out the fire stick and fire the top of the Hallasan mountain as there were two abalones sat on there. So it’s cooked after I guess approximately 10 minutes? We were so existing and like screaming!! I know we sounds crazy BUT I haven’t experience someone fired the food in front of me haha! There were also lots of different kinds of seafood around the bottom of the mountain.

The lady took out the Hallasan mountain and there’s a second surprised!! There were more seafood such as crabs, octopus, mussels, shrimp, sea whelk and pork etc and of course there are veggies were hidden inside the mountain. You might be curious why there are lettuce as it was prepared to wrap the pork so it’s more healthy! 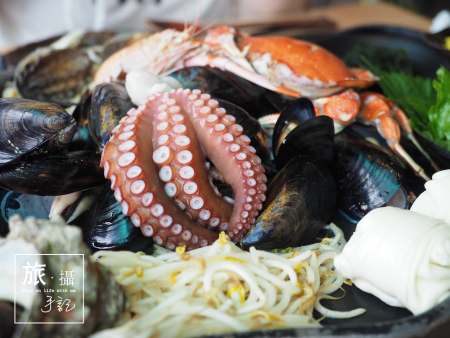 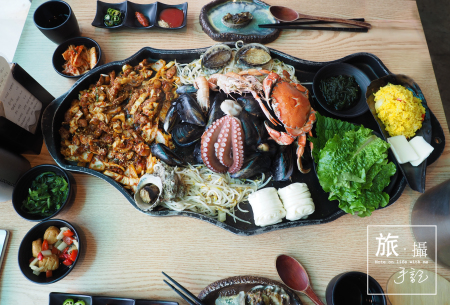 Here’s the top shot of the dish!! It’s huge right! We can’t even finish it at all as we were so full!!  The food was tasty and the seafood was really fresh and delicious! Isn’t it attractive? Just a reminder there’s only one and a half hour to enjoy the meal. Also do remember to make your booking before you go! 🙂 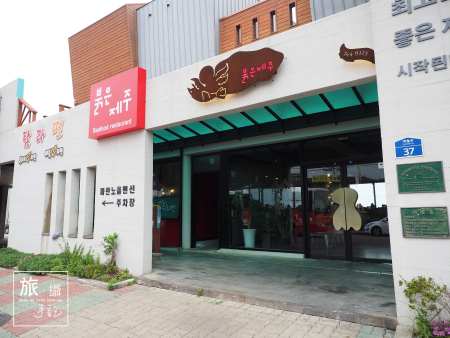 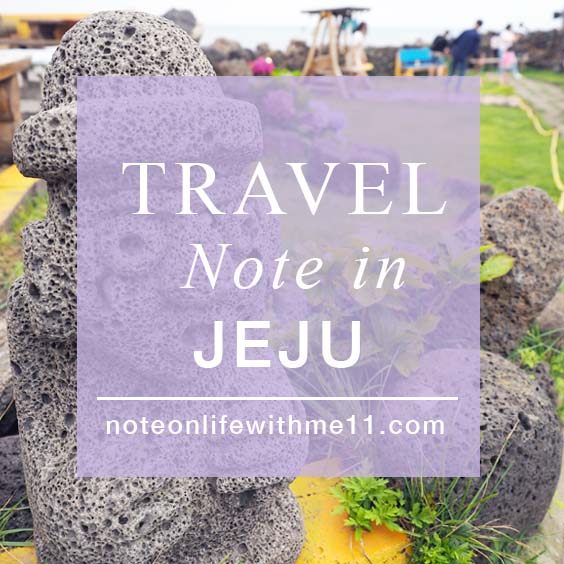 4 thoughts on “Mountain of seafood in Jeju Island – Korea”