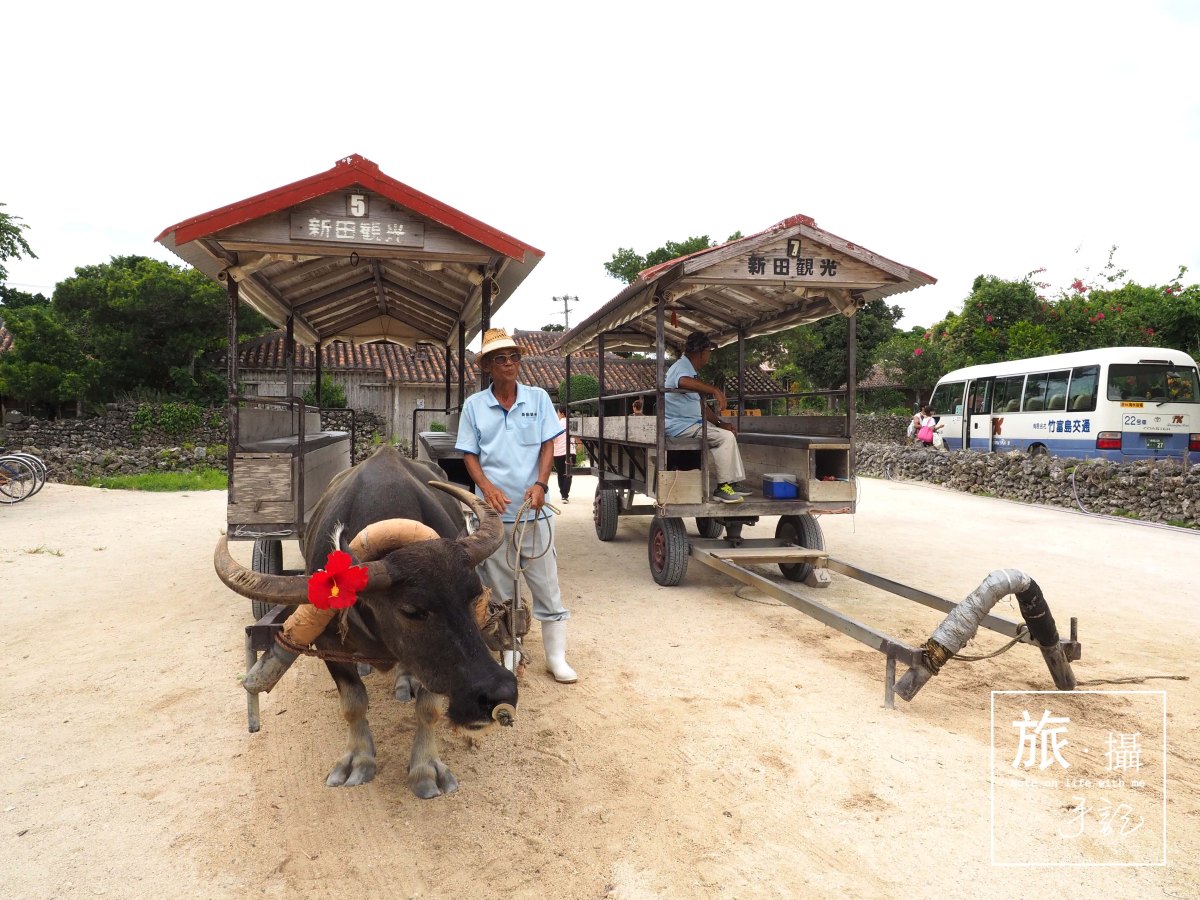 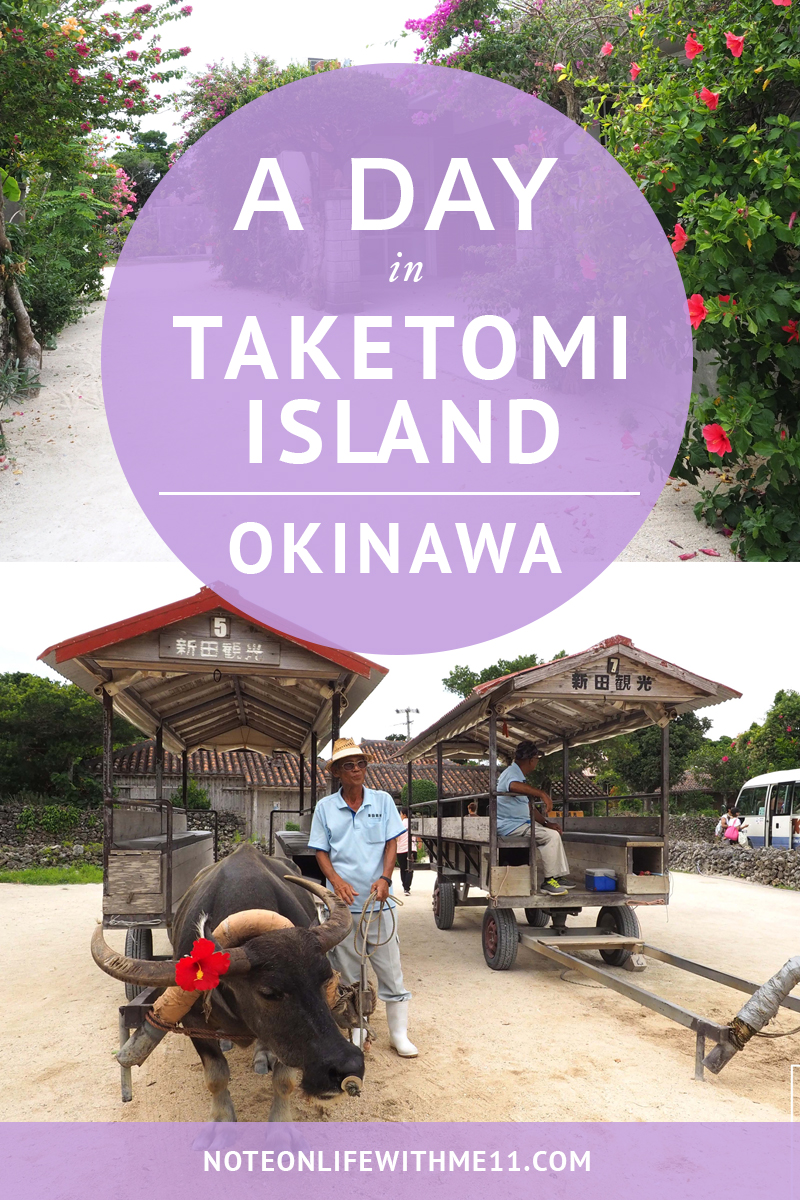 Continue from my previous post of Taketomi Island, so tonight I would like to introduce one of the most “MUST GO” activity in Taketomi Island (PART 2) – a ride on a buffalo cart experience!!  Let’s Go~ 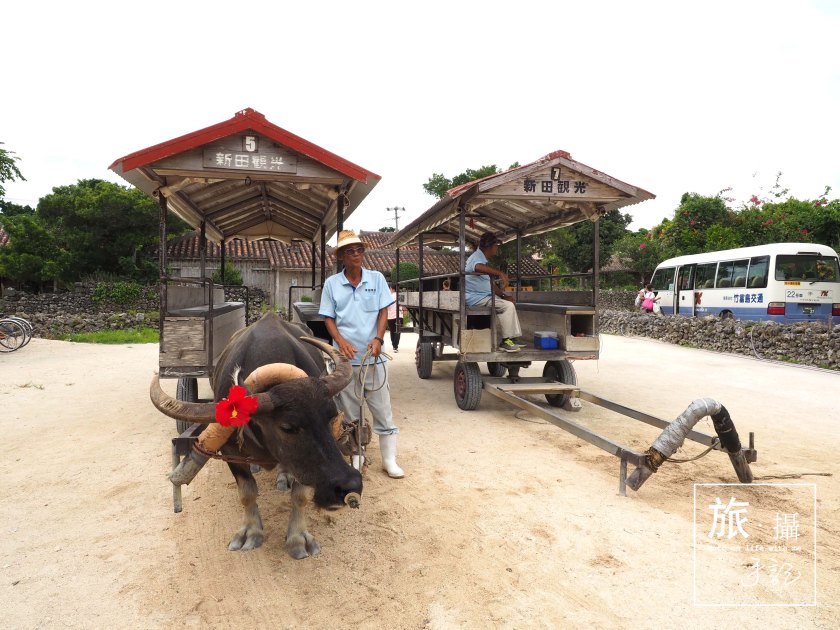 After we returned the bicycle and have a quick lunch at somewhere in the island. (I actually didn’t mark the place so apologise I’m not able to share haha) I ordered the cold Japanese noodle (picture below) and went quickly to the buffalo cart store. We have to be quick as we need to catch the ferry beck to Ishigaki Island. The buffalo cart rental store was just right next to the bicycle store. 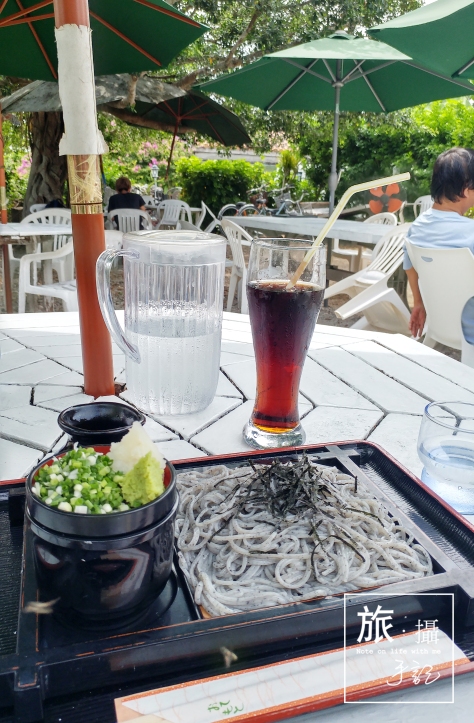 The ride cost around 1200 Yen per person and it was a 30 mins ride. The buffalo was smart enough which she knew exactly the route, that is where to stop, where to take a rest for shower (yes! They need shower as it was too hot!) and… she got a lovely flower on her head haha, that’s so lovely! 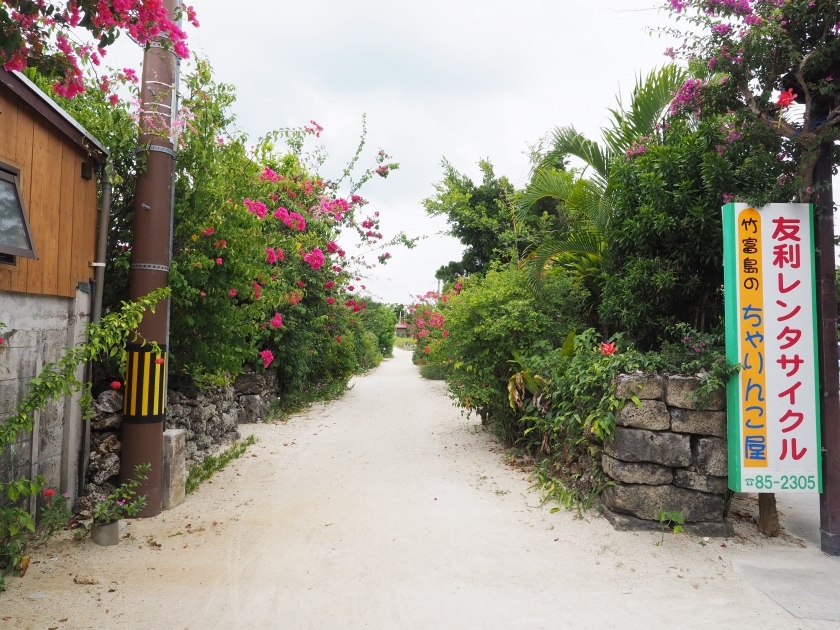 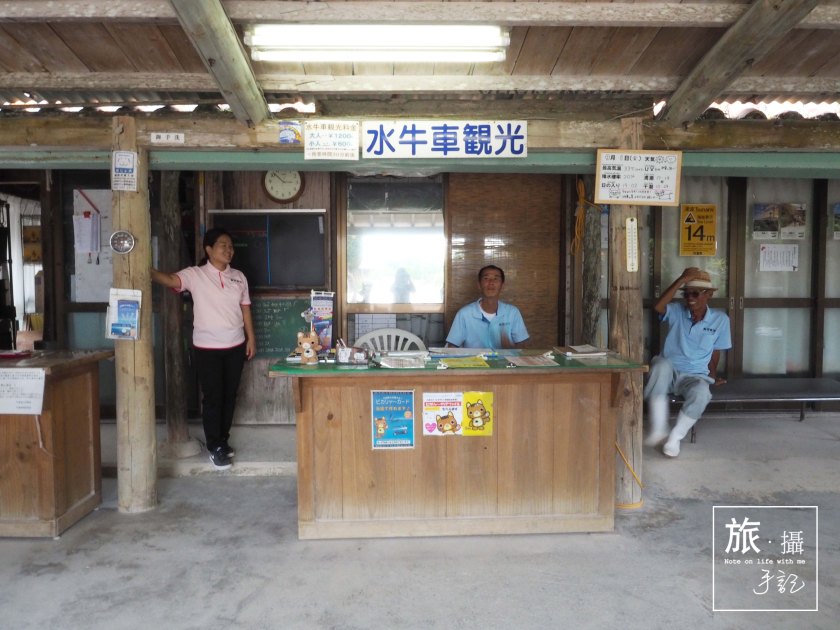 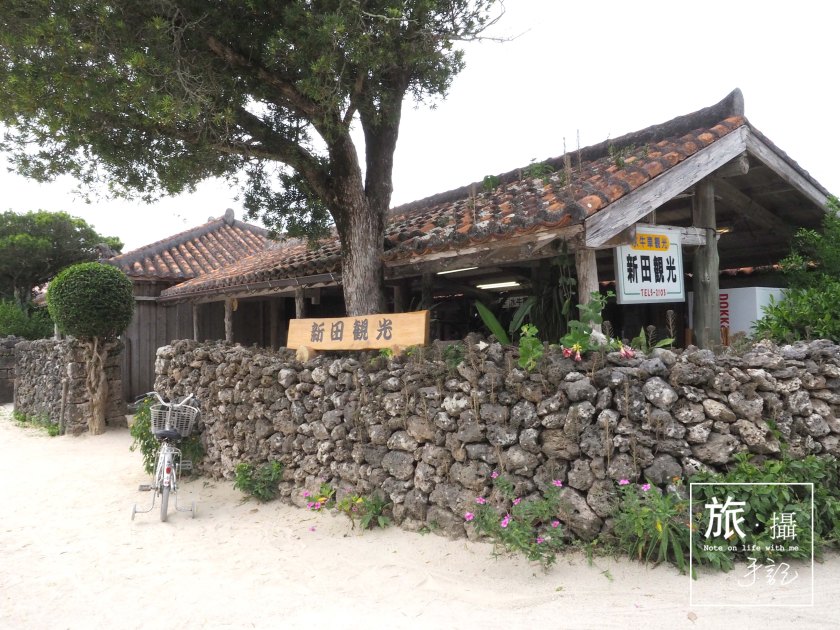 The cart can take approximately 6 people include the cart driver.  The cart driver not only introduce the places but also played the traditional Okinawa music with his ‘shamisen’ to us. It is an in instrument with 3 wires in order to play the music. Though we don’t fully understand what he spoke but taking the ride for 30 minutes which allowed us to have a brief of how the village looks like. Something that I really appreciate was they did maintain the traditional of the houses which nowadays was not an easy thing especially many business man would like to build restore etc. Various flowers also blooming lovely on 2 sides of the path through the walkway and you can also find various fruits below. 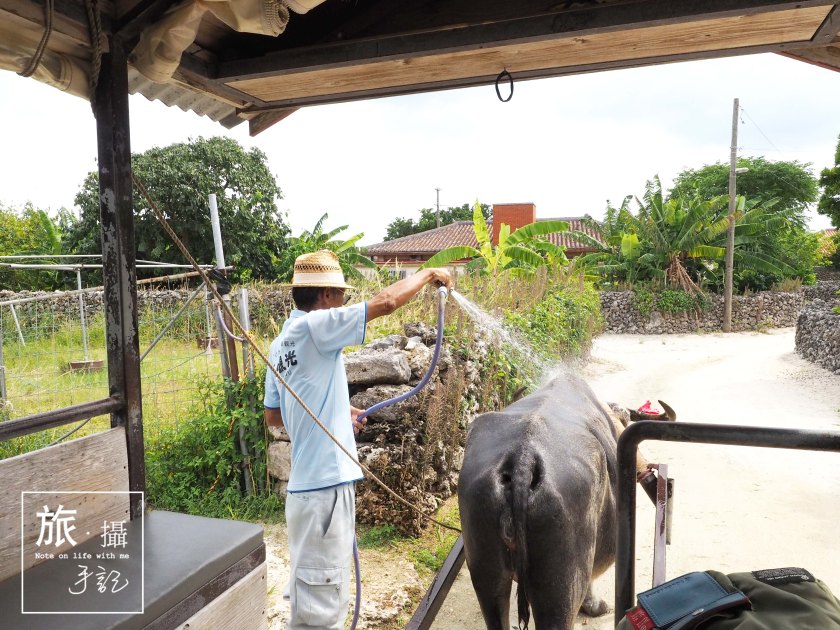 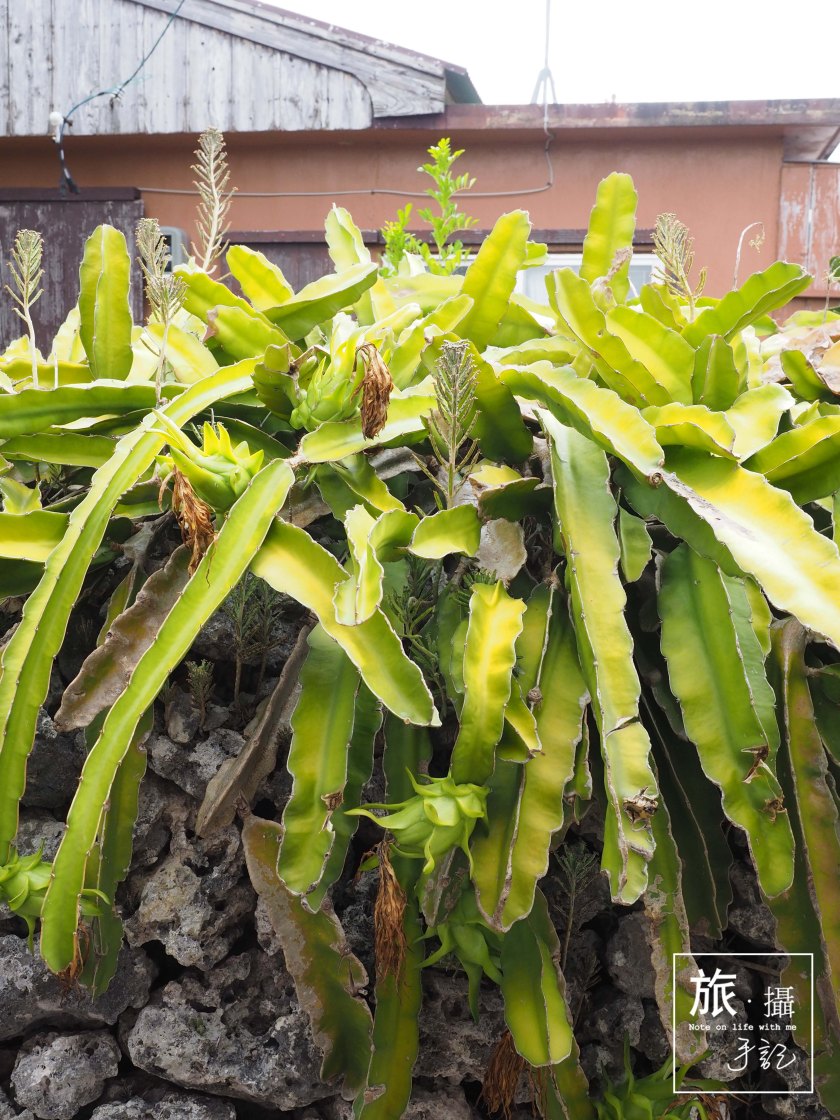 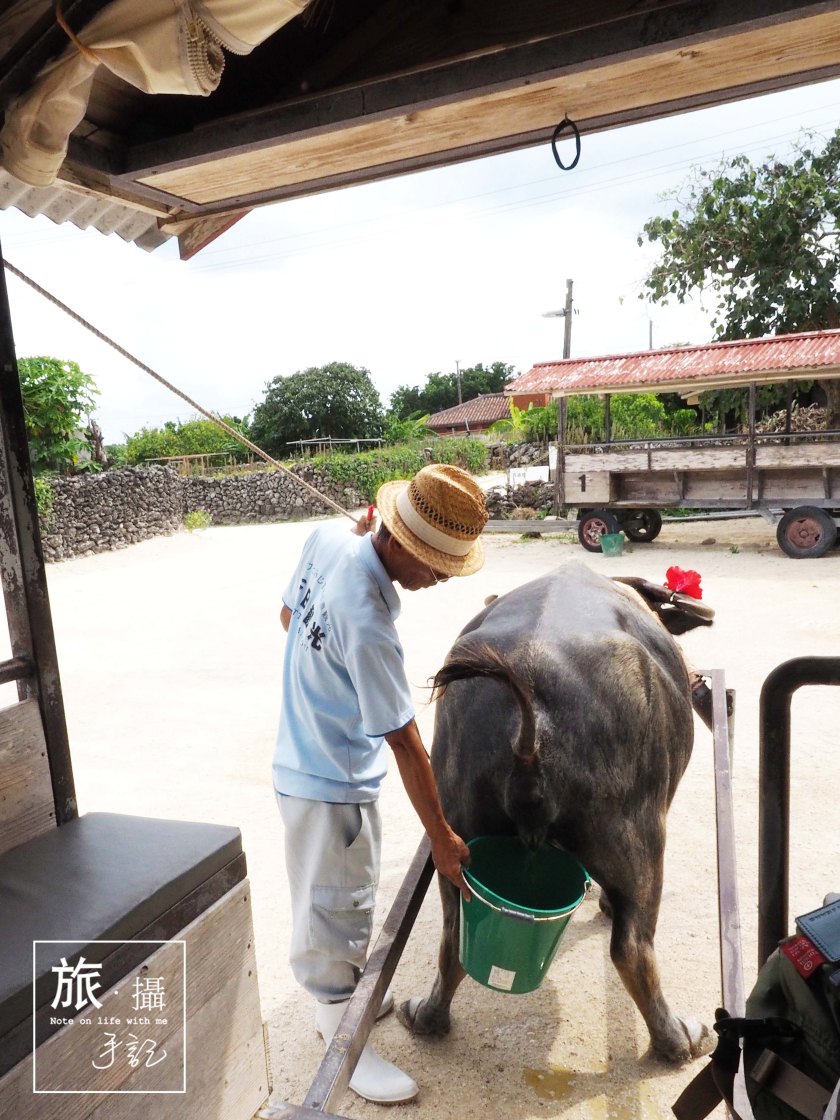 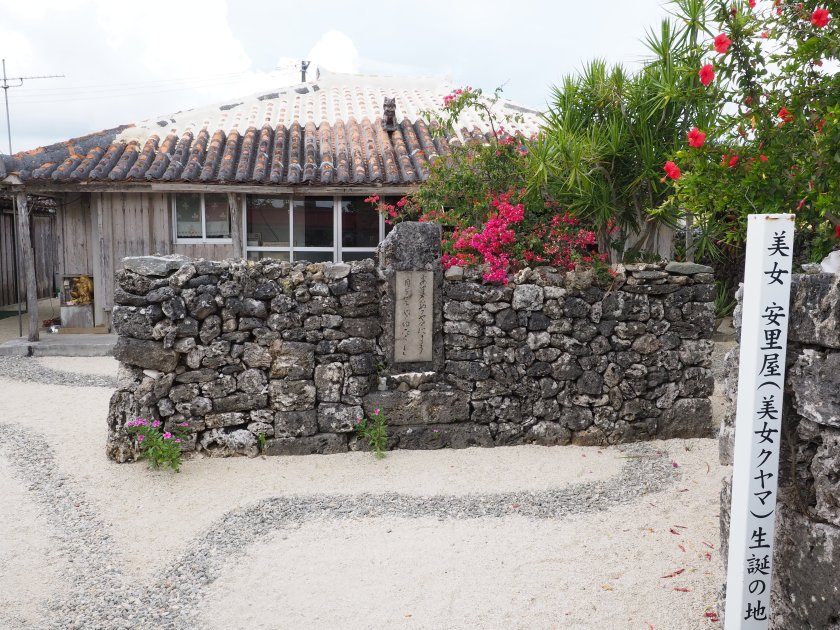 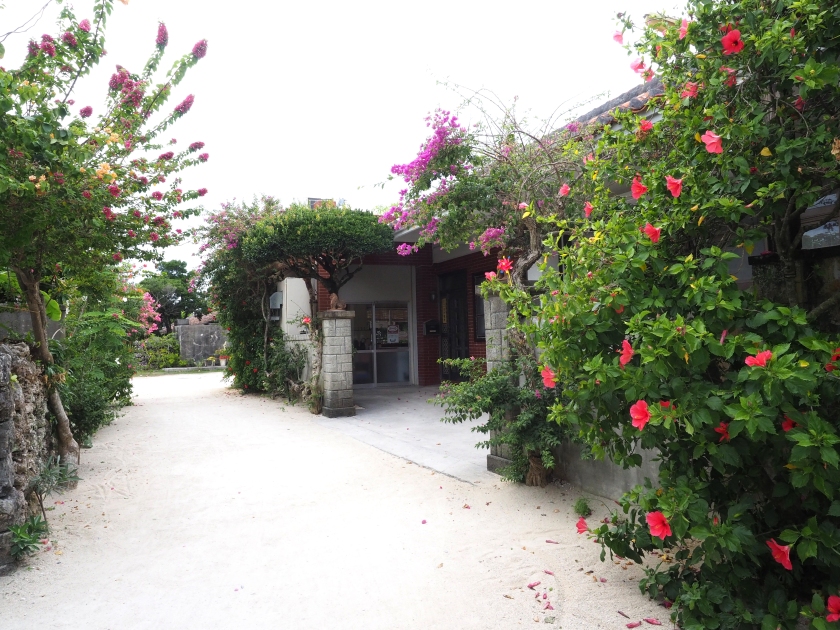 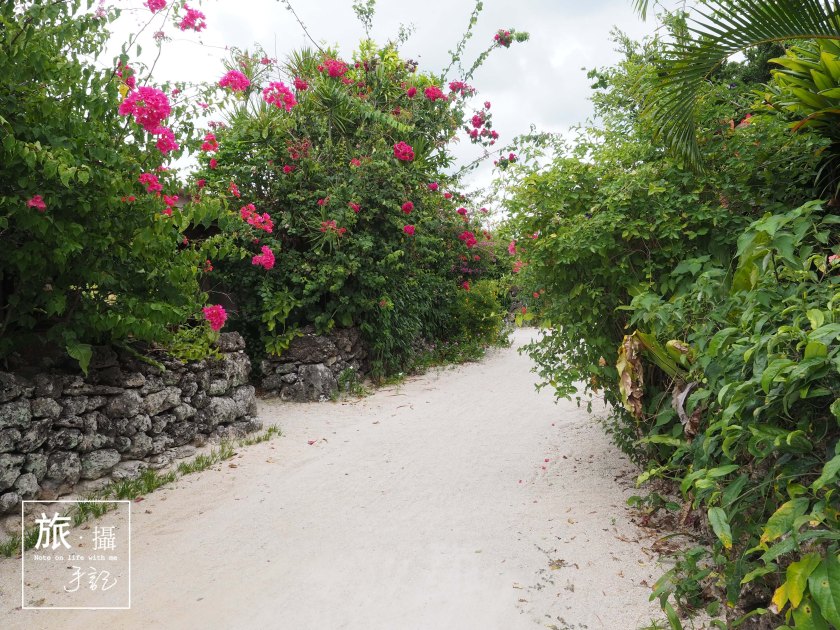 Knowing Taketomi Island might not sounds familiar to you but I highly suggest to take only 1 day (if you don’t want to stay over night) to feel how quite and nature of beauty from this little village!

I will continue to catch up the post of Ishigaki , apologise I have been updated too frequent in my facebook page ( as it is a lot easier!) but I promise I do will update here at the same time but only a bit late! ( ^-^ “)