Happy Chinese New Year! as a start of the new post in the year of Dog, I would like to introduce this amazing earliest Cherry Blossom that I’ve seen in last month, located in Okinawa.

When someone talked about Okinawa, what immediately pop into your head would definitely be the summer of amazing beach with perfect blue sky. However aren’t there can be more than that? Today I will bring you to the other side of Okinawa in winter. After you read this post, it might change your mind to go in winter rather than in Summer!

This post would be a bit short but mainly showing you the breathtaking photos that I took in the below 2 places. So my friend and I planned to travel to Okinawa during the end of January mainly because of the earliest Sakura in Okinawa. We went to 2 different places:

We parked our car in Nago fishing port and walked to take the free shuttle bus brought us to the park. We didn’t realise there’s a free shuttle bus until we went there. What a surprise! When we arrived, the path was full of blooming sakura! The weather wasn’t great hence we quickly took a few shots before the rain comes! The sakura in Okinawa is a bit different from the one I saw in Kawazu. It is more in bright pink and like a bell flower pointing down. Due to the unperfected weather, the water drops stayed on the sakura and I captured this special moment! It do also looks amazing.

There was a Sakura celebration event unfortunately due to the heavy rain, we cannot join but I guess it would be great! 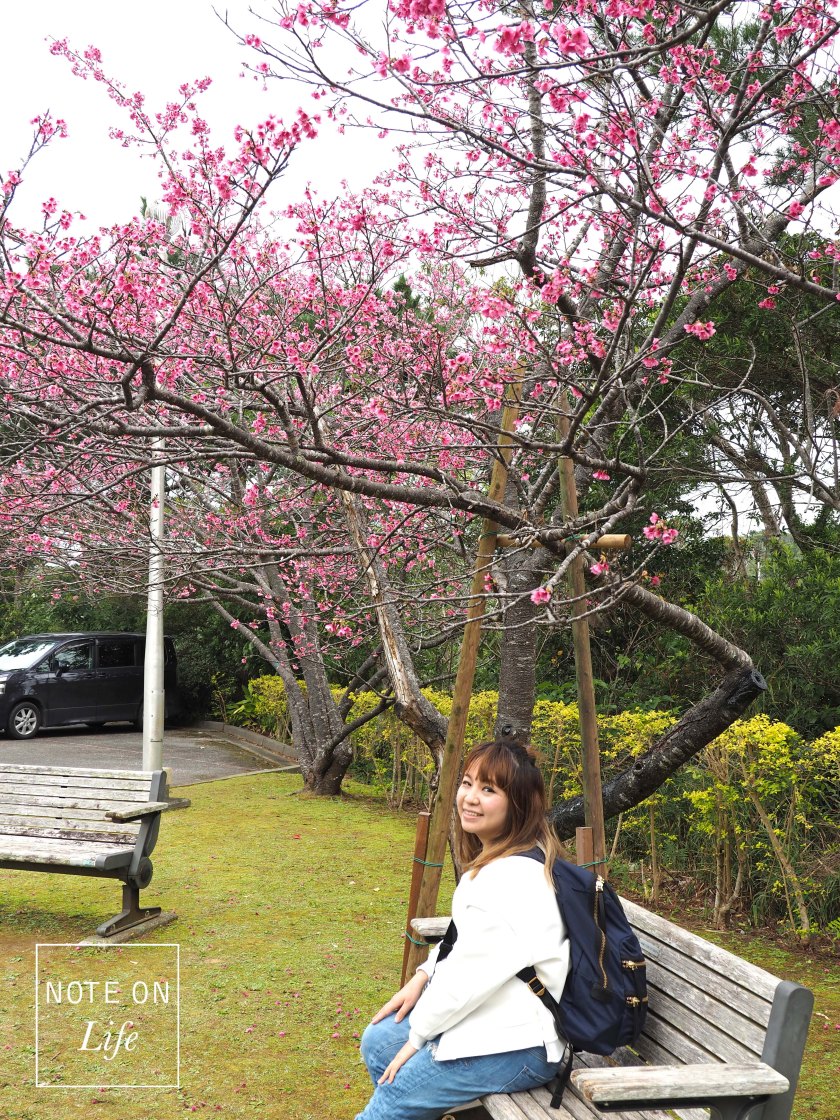 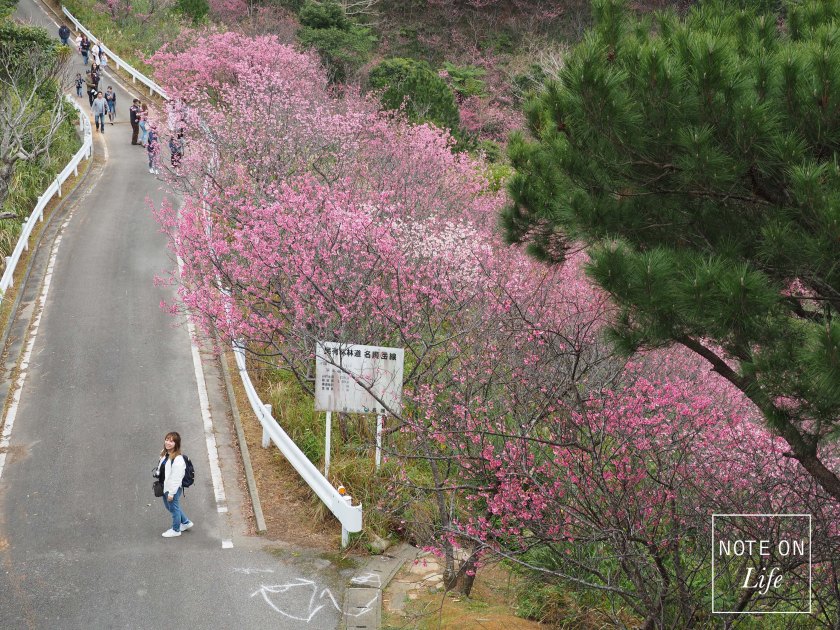 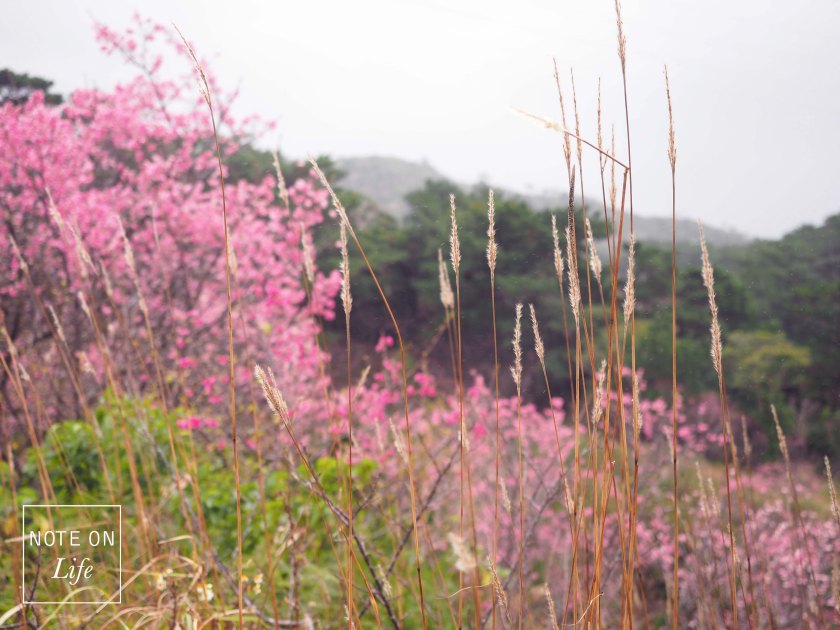 The second location that I want to introduce is the Nakijin Castle. This place should sounds familiar if you have ever been to Okinawa. It is a castle since 14th century and one of the world’s heritage that was named as Castle of the Ryukyu Kingdom . Before entering the heart of the castle, the path was full with blooming sakura on both sides. Again the weather wasn’t perfect but I do took some nice shots to share. The lovely pink sakura mixed with the world’s heritage create a timeless scenery of that moment.

Apart from the amazing sakura, There’s also a museum that exhibits the unearthed items from the ground such as coins, documents and China pottery of the past daily life in Nakijin Village. 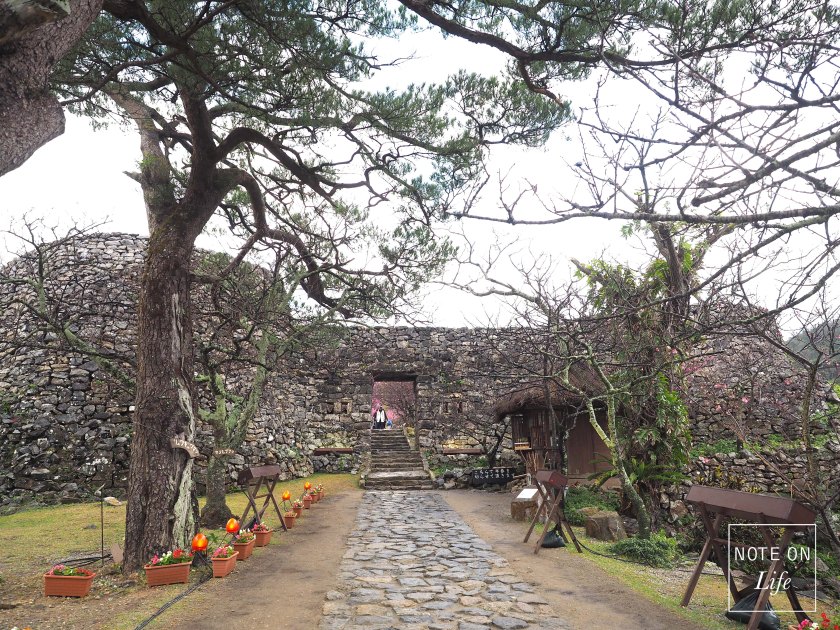 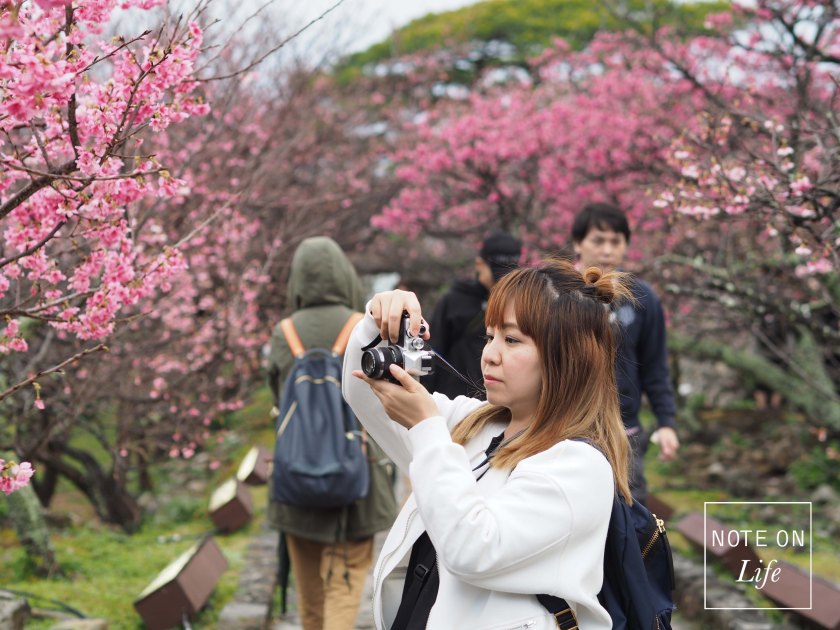 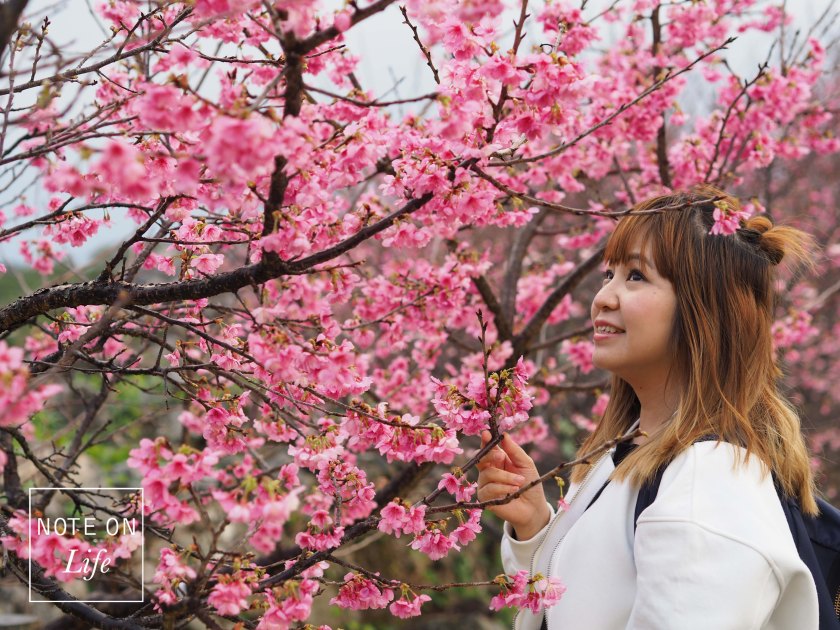 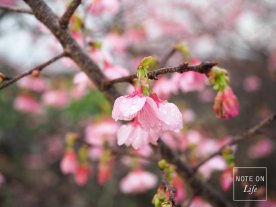 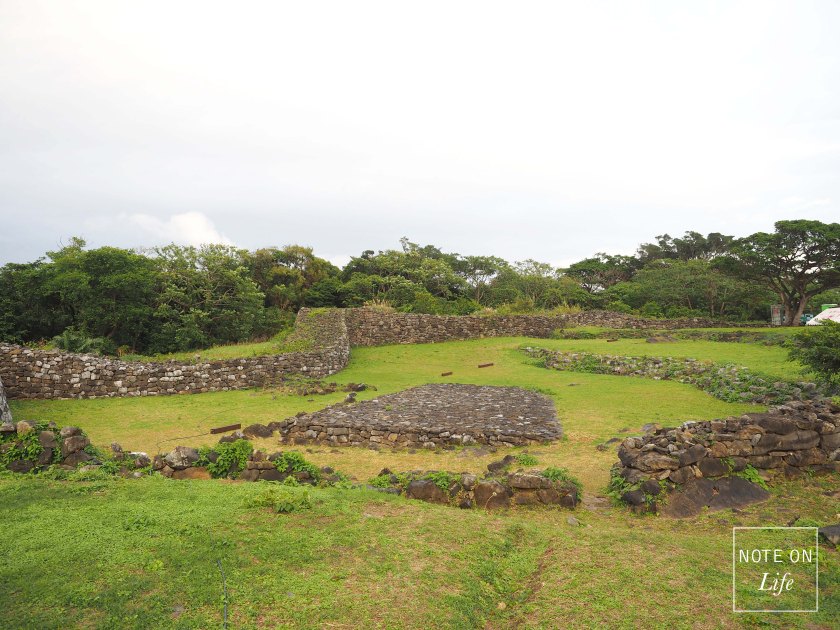 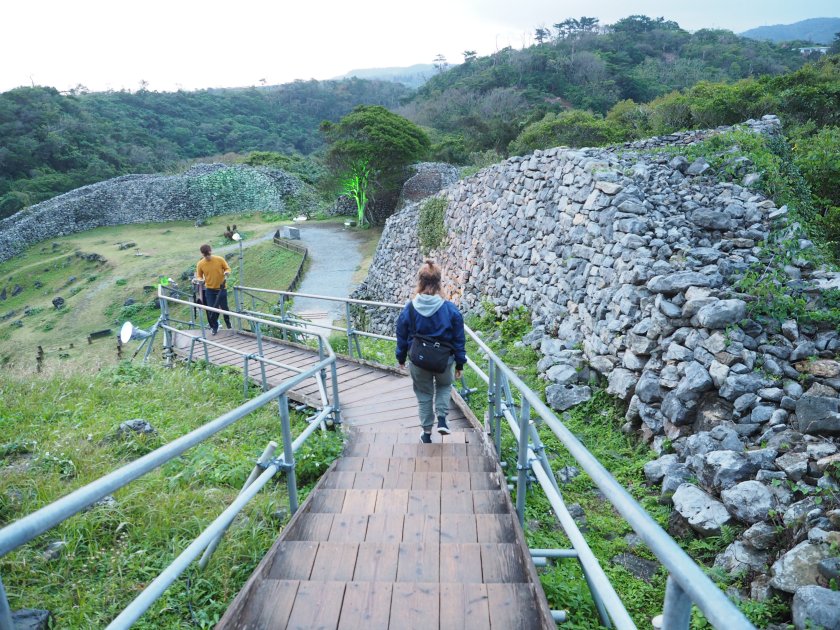 Shijimajokaku Ward – It is believed that the closest subjects serving the master of the gusuku resided in this area. Excavation surveys show there were four structures that once stood here – source from http://nakijinjoseki.jp 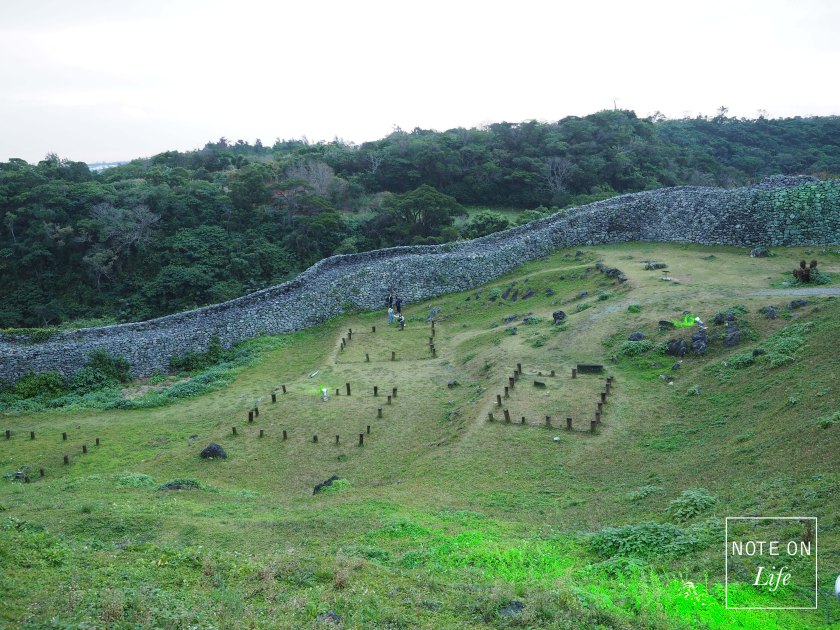 Lastly there’s a place where also suggested to go for Sakura which is the Mount Yaedake, we didn’t go to this place but believe it should be amazing!

After this passage I think it might change your mind to plan your next trip to Okinawa in Winter instead of Summer! haha. Just a bit more reference, the ticket should be much cheaper than in Summer!

One thought on “Earliest Cherry Blossom in Okinawa”